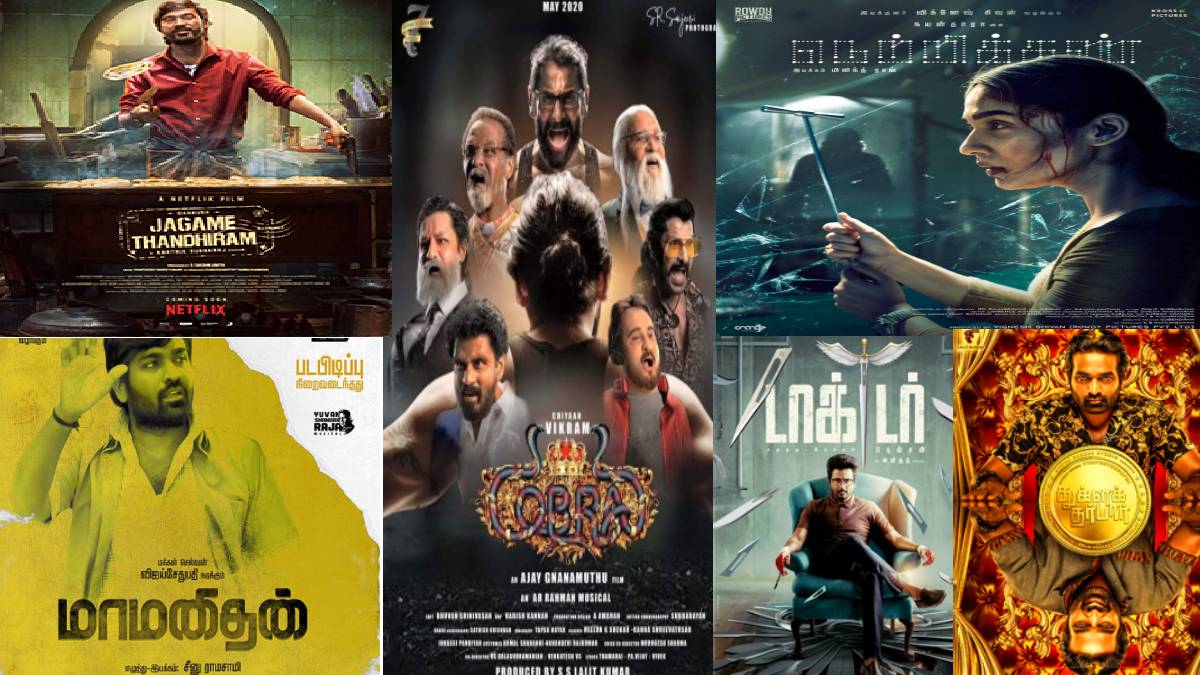 The second wave of COVID 19 has shut the doors of treaters and malls again. The upcoming theatrical release film is in chaos as they have spent crores for filming.

Back again, Kollywood is lightning up to celebrate the OTT festival. The closedown of theatres has paved the way for the OTT platforms to set the release of super-duper films of Tamil stars.

The OTT platform movie release was new to Tamil movie fans in the initial times. But after the release of  Jyotika's movie Ponmagal Vandal (2020), fans accepted the new way of release, which sounds safe during the time of lockdown.

Ponmagal Vandhal (2020) movie received a wide range of positive reviews with a 4.4 rating after its release on Amazon Prime. The frequent advertisement triggered the audience to watch the film on Amazon Prime.

And then Surya's Soorarai Potru (2020) was screened on Amazon Prime, which received a wide and massive range of respect and honor for Surya. Most of them wished to see the film on Big screen.

This movie gathered lots of fan base and respect after its release on Amazon Prime. In the initial stages, Amazon was releasing many films, and in recent days Disney+ Hotstar started to compete with Amazon Prime.

Even when the lockdown was unchained, many films were released on the OTT platforms and received a positive hit. In 2021 Arya's movie Teddy was released in Disney+ Hotstar, whereas Yogi Babu's Mandela movie was released on Netflix.

Super-Duper hit film Master also projected in OTT after 15 days of its release in theatre. Dhanush Karnan movie, released in theatres, is set to project amazon Prime on May 2 for the premiere account.

Karthi's Sulthan movie is also scheduled to release on Disney+ Hotstar on April 30. The date was initially announced in May, but the date is now preponed for its early release. Prabu Solomon's Kaadan (2021) will be releasing in Zee5 on May 14, 2021.

And now there is the list of movies scheduled to release on the OTT Platforms due to theatrical close. Sivakarthikeyan's Doctor film is under discussion for its OTT release due to the second wave of COVID.

Doctor movie was initially said to release on Amazon Prime, but now it seems like there is an oscillation with Disney+ Hotstar. Tughlaq Durbar'upcoming film of Vijay Sethupathi is set for a direct release on the OTT platform on Disney+ Hotstar.

Maamanithan movie starring Vijay Sethupathi with a musical of Yuvan Shankar Raja is also set to release on OTT. Nayanthara's Netrikann, produced by Vignesh Shivan, is decided to cast on Amazon Prime. Dhanush's Jagame Thandhiram is scheduled to release on Netflix in June.

The Kollywood industry is spacing a way to celebrate the film being safe at home, and it is mandatory to follow the government protocols.