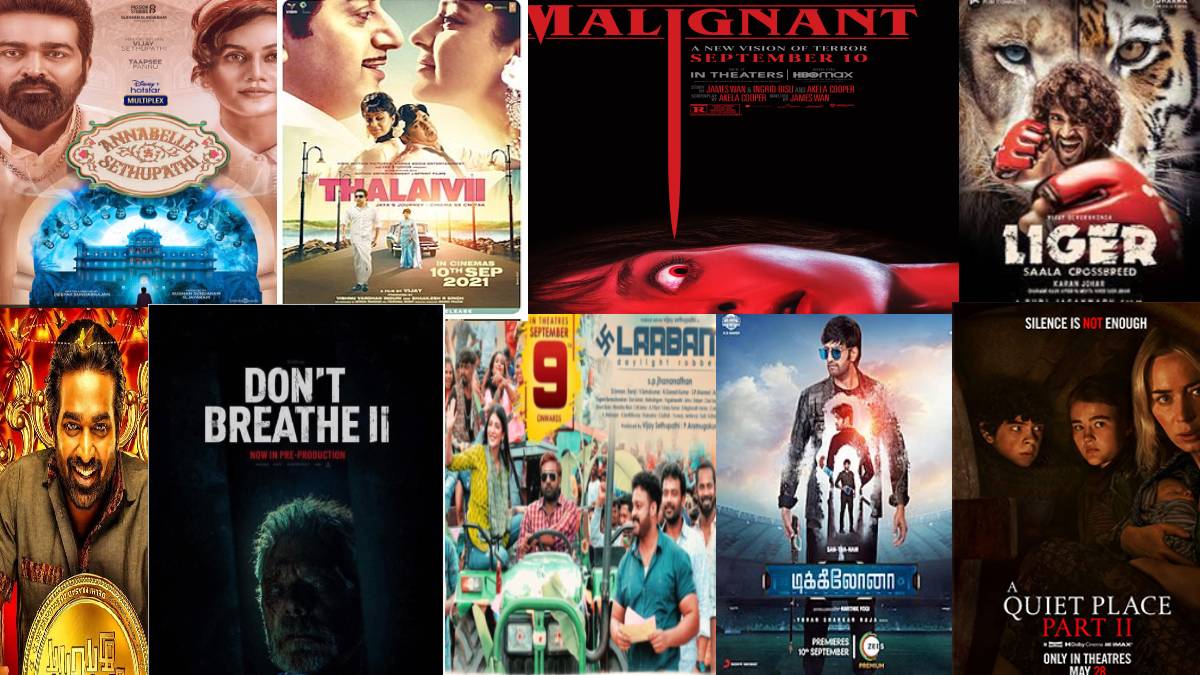 Finally, days are back to enjoy the films with friends in theatres after a very long break. Tamil Nadu Government has opened the theatres across the state with 50% occupancy following the decline of Covid cases. Films released on O.T.T. platforms are streamed in theatres so that the audience enjoys their favourite movie with sound effects.

The Conjuring 3: The Devil Made Me Do It, Fast and Furious 9, Shang-Chi and the Legend of the Ten Rings, and other Hollywood films already released on O.T.T. platforms are screened in theatres now. Hollywood fans are enjoying the experience of watching their favourite movie on big screens.

Many new movies are set for their release in the month of September. The most wanted film of actor Vijay Sethupathi and Arvind Swamy's Thalaivi is also releasing this month. When it comes to Tamil Dubbed movies Liger, Don't Breath 2 and A Quiet Place 2  are set for theatrical release.

Thalaivi movie, an Indian biographical film of J. Jayalalithaa directed by  A. L. Vijay, is set for its release on September 10. The was rescheduled many times due to covid pandemic and film the date for fixed for its release. Arvind Swamy is playing the role of M.G.R. in the movie.

Tamil, dubbed the full movie Malignant, is directed by Wan, who made numerous contributions to the conjuring cinema universe is set for its release on September 10 in theatres. This horror film is certified with  R since it is a horrific solid story,  violence, gruesome images, and language.

A quiet place 2, directed by John Krasinski, is released already on May 28 and is set to screen on theatres from September 17. The studio eventually changed the date to April 23, 202, then September 17. The film has received a recent review for the effects of thrill and horror.

And the most expected theatrical release film, Don't Breathe 2, was already released on August 13 on HBO Max, and now it is scheduled to release in theatres from September 17. This film is a must-watch film if you are a horror-thriller lover. Meanwhile, Don't Breath 2  didn't get the responses as its first part did.

Telugu to Tamil dubbed romantic sports action film Liger starring Vijay Deverakonda, and Ananya Panday is set for its theatrical release on September 9. The film will be released simultaneously in Hindi and Telugu along with the dubbed versions in Tamil, Kannada and Malayalam languages.